A Mzungu with a camera

We stopped for directions in a Mangochi village bordering Lake Malawi.  A few children that were playing outside took notice of our white minivan.  I waved.  An interesting social experiment started to occur.

I made a funny face.  I pointed at my face.  They responded by making their own funny faces (see the picture gallery).  I showed them the picture.  They laughed hysterically.  More children arrived and joined the rowdy crowd

The crowd pressed in further.  I waved them in for another picture.  I asked the crowd to yell by demonstrating.  They were very obedient.  Many raised there hands and proceeded to yell.  I got the picture (see the last picture).  Showed them the result.  They laughed loudly.  We then had to depart and move on down the road to make an appointment.  I waved goodbye.  Multiple children chased behind as we left the village.

Click on any image below to open a photo gallery. 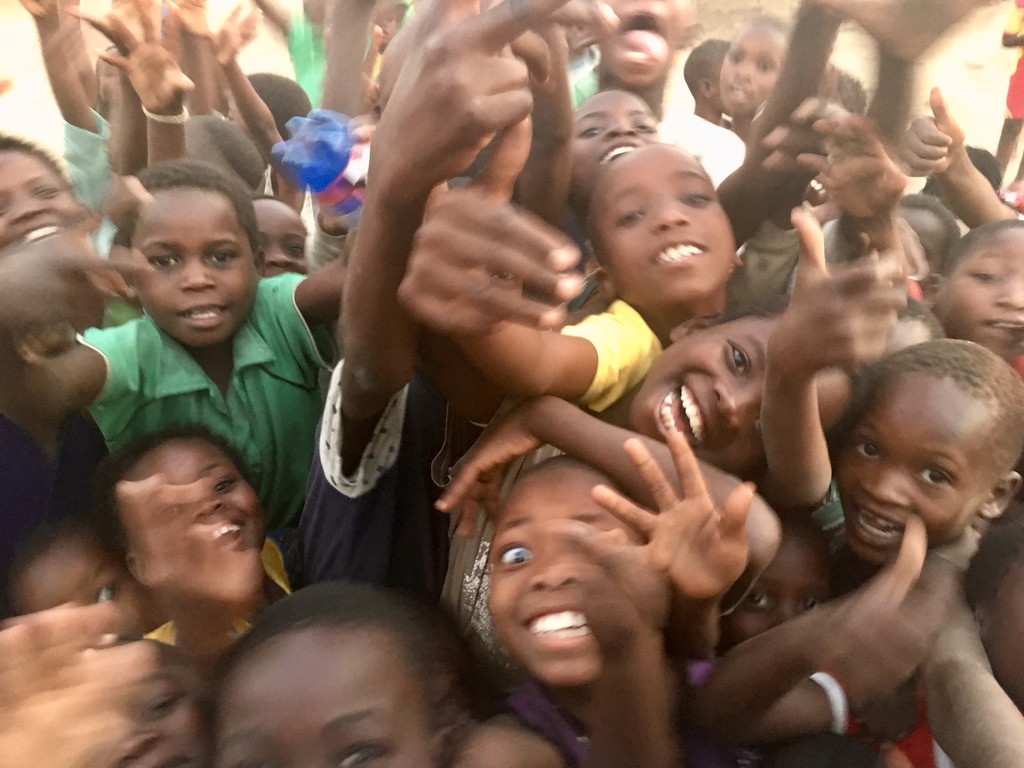 Contribute on my charity work by your donation.
Making Cement Blocks

A short video that describes the vision of Orphan Shade

A brief review of Orphan Shade accomplishments through mid-2020.